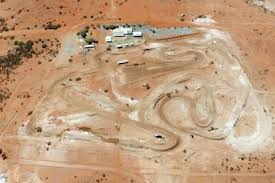 SMS Rental is pleased to announce a two year sponsorship of the Queensland based Dysart Junior MX Club. As a company, we have a strong history of supporting the local communities in which we work. A part of this, we support local education programs, sporting clubs and other initiatives that help the community. SMS’s 2015 and 2016 sponsorship of the …

What an unexpected day today was – and just so typical of endurance rallying…. “It’s not over till it’s over!” The day started with advice that after a controversial incident yesterday with some motorbikes and quads, the team received an 11 minute penalty, which changed their overall position to 2nd with one minute behind the now “lead” car. After many …

Three time winning team, RileyMotorsport, returns to the Australasian Safari in 2014 Steve Riley & John Doble are on their way to the 2014 Australasian Safari this week – starting in Perth on Friday 19th, travelling through Geraldton, Murchison, Gascoyne Junction, all the way to Exmouth, back to Carnarvon and finishing a week later in Kalbarri on Saturday 27th September. …

SMS Rental (WA) Pty Ltd is proud to announce that it has become a foundation partner of the Murlpirrmarra Connection. The Murlpirrmarra Connection assists and supports in the areas of education, educational options, sporting pathways, health, rehabilitation, discipline, self-confidence and employment prospects for young Wiluna and Murchison based Aboriginal men and women, and by supporting in these areas allowing the …

SMS Rental (WA) Pty Ltd are proud to be sponsoring the Port Hedland Rovers Football Club again for the 2010 Season. We look forward to the Rovers having a successful season. SMS Rental prides itself on supporting local sporting clubs and community groups throughout the Pilbara region of Western Australia.